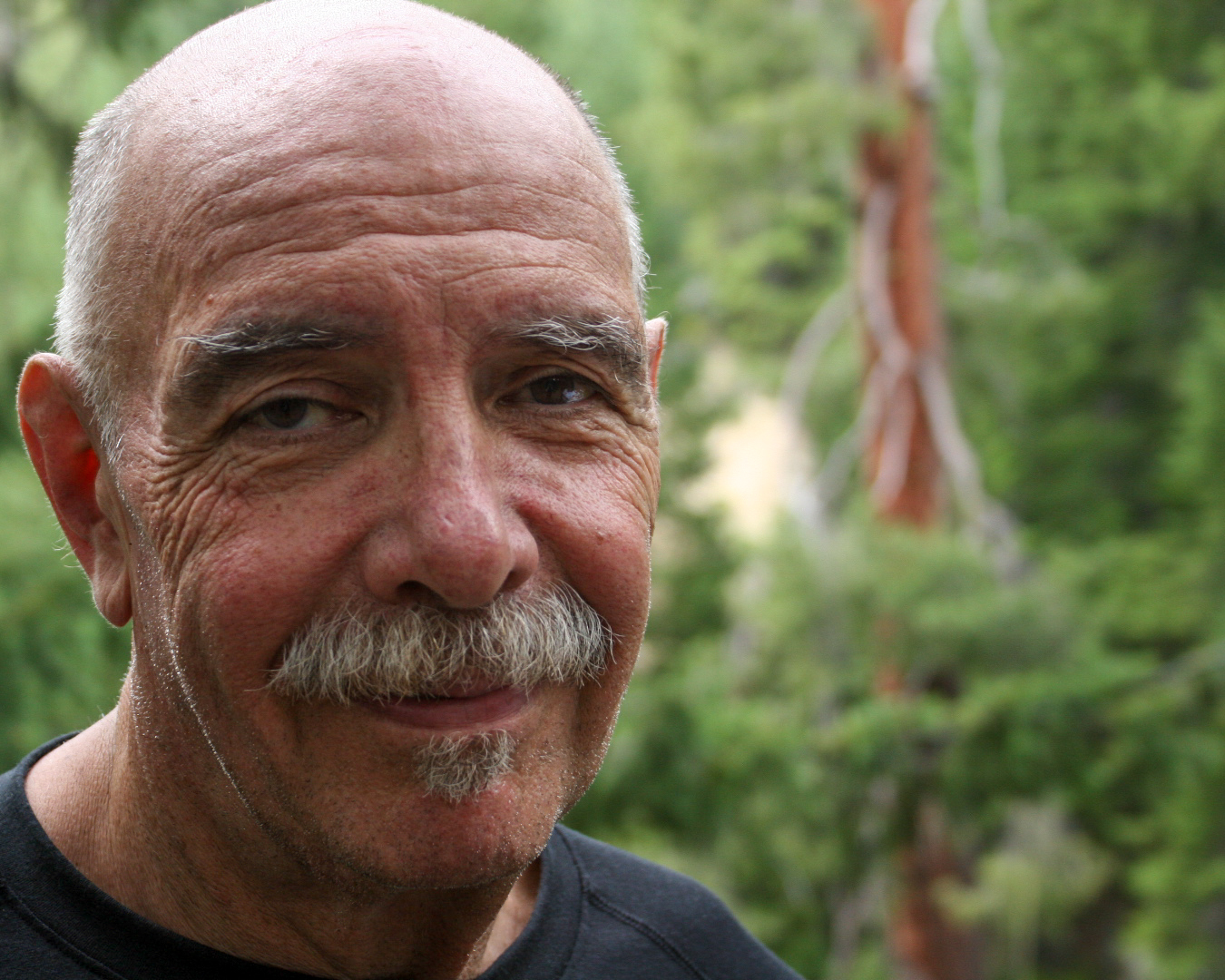 Early on February 13th, 2021, Isaac Goff, the founder of Dharma Trading Co., the CEO and president for the last 50+ years, finally succumbed in his long battle with prostate cancer. He passed peacefully in his own home, with his family nearby, as he wanted.

Isaac is survived by Renee, his wife of 47 years, his two sons, David and Sampson, and his grandchildren.

This business he created and captained for so long will continue operating under the guidance of his sons and the team of long term employees that he put in place. David and Sampson have been around the business their whole lives, and have worked for the company for many many years. In fact, for the last years the business has been run entirely by the Dharma Trading Co. 'family'.

Please know that David, Sampson, and the entire staff of Dharma are committed to continuing to operate the business in accordance with Isaac's principles of treating customers, employees, and suppliers honestly, truthfully, and fairly. In addition we are committed to continuing his charitable works through the Goff Gift Fund which is aimed at helping children in need.

It all began with an acid trip!

That's LSD for those who didn't grow up in the 60's. My own acid experiences led me to see that there were planes of existence beyond the one on which I normally spent my days. I also came to see that drugs could only offer a glimpse into, but could not open those worlds to me permanently. Drugs were like an elevator - they took me up, let me look around, then brought me back down. I realized I needed a spiritual path - a staircase that would allow me to climb steadily up and into those levels.

I tried to draw what I had seen - something very beautiful beyond the clutter of my mind. 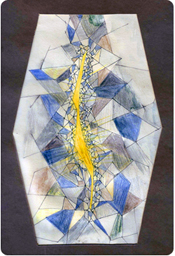 Understand that this is not about advocating the use of drugs, just the telling of the story of my own life experiences.

After some years of poking about and false starts, I discovered Subud. 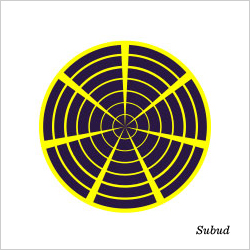 Here was a spiritual path that fit my personality and could lead to an inner guided life. Now, it's more than 50 years later and I have to say, it's worked for me, more or less.

But I mention the above only because it led to an epiphany that gave birth to Dharma Trading Co. It was 1968 in Los Angeles during a visit by Bapak, the spiritual leader of Subud. In a moment of revelation, I came to see that each of us is born with certain talents - strengths given to us by God. They come to us through no effort of our own - gifts. In my case, it was a feel for business and a knack for organization. I understood that these gifts came with an obligation to use them, and use them for the betterment of my own life as well as that of mankind. In that moment I saw visually that if I used these talents my life would work - it would be like the "iron filings" demonstration we all saw in school where the magnet causes the iron filings to align themselves in one direction. I saw that in the same way, using my God given talents would cause all aspects of my life to align themselves and allow the power of God to pass through with the strength of a thousand camels (or something). 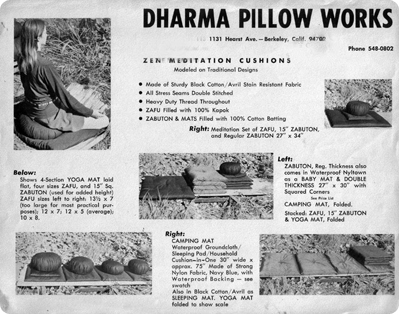 So I gave up the idea of turning on, tuning in and dropping out (to New Mexico as a craftsperson). It was clear that business was my future and so, returning to Berkeley, I immediately began helping a Subud lady friend with her business. It was Dharma Pillow Works - she made zafu and zabatan meditation cushions for zen meditators. Mostly I stuffed pillows with kapok. She was also a weaver and had contacted a Peace Corp project in Ecuador and imported some hand-spun yarns. After a few months she and her husband got pregnant and she sold the business to some folks from the San Francisco Zen center. By agreement, I took the correspondence files on the yarn.

During 1968 I tried importing the handspun yarns from Ecuador and selling it mail-order to weavers, but it was a mess - ads ran, yarn didn't arrive on time; wasn't working. So I decided to open a store in Berkeley from which I could sell the yarn while doing the mail- order yarn. I needed a name and chose Dharma Trading Co. because the word "Dharma" in the Subud context kind of means to me, "Acting in a way that is in accordance with God's Guidance". 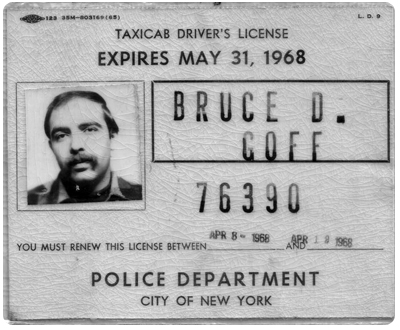 I had $2000 saved from a trip to New York where I taught in Jr. H.S. as a substitute and drove a taxi at night.

I borrowed another $2000 from my Aunt Rose (God bless her) and in early 1969 I went down to Mexico in my van with my dog Baba (named after Maher Baba, a spiritual leader with a following in Berkeley at that time). I looked for yarn ("lana" in Spanish - which also turns out to be slang for "money"). So I was driving around rural Mexico asking people if they knew where I could find money - this led to some very weird experiences.

I did find sources of hand-spun and natural yarns and with the van full, I returned to Berkeley and in July of 1969, I opened Dharma Trading Co. on University Ave. just down from the U.C. Berkeley campus. I allocated that $4,000 to rent, deposits, shelves, inventory, etc. as shown in the original piece of paper I planned it on (and saved all these years and now can't find!).

Dharma Trading Co. was started in 1969 on the principle that it's possible to be involved in business while maintaining good ethical values. This is to say that one can be successful in business while acting honestly, truthfully and fairly. Therefore, honest, truthful and fair treatment of customers, suppliers and employees is the most important goal of the company while it tries to make a profit.

- To be a company that keeps its commitments to its customers, employees and suppliers.
- To "blow our customers' minds" with the excellence of our customer service.
- To make Dharma a great place to work.
- To make a profit. 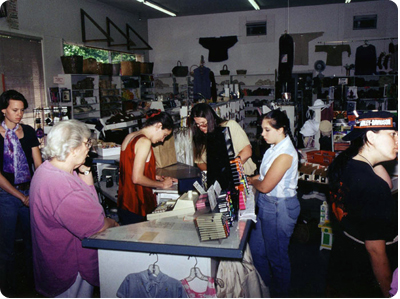 Over the last 50 years a lot has happened - to Dharma and to me. Dharma started as a yarn store and then added dyes for Tie-Dye and then fabric paints, then T-shirts, then clothing, and on and on. I opened another store in Marin County in 1975, and closed the Berkeley store sometime after. We started mailing a catalog in the early 70's and the mail-order sales quickly overshadowed the store's and became the focus of the business. Later, in the early 90's when the internet was born, I built a rudimentary web site for Dharma which was later, and continues today, to be developed and perfected by other talented people who work here at Dharma.

There are now as many as 70 people working at Dharma full or part time. Hundreds of employees have passed through on their way to other lives. Some really great people who have joined in making Dharma an honest, straight talking company! 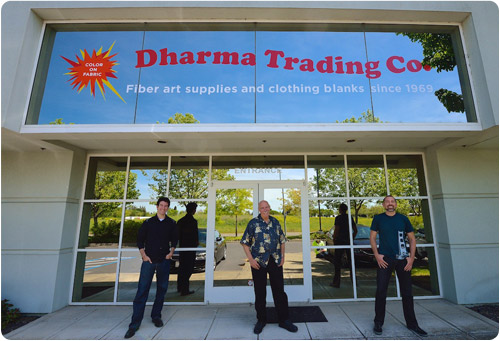 I've been involved in many other projects and businesses over the years, sometimes for years at a time, sometimes out of the country, but I've always kept Dharma Trading going and continued to develop it. I still come to work at Dharma part time and my sons David and Sampson work here as well. These days, I'm more involved in the several social programs Dharma has initiated and funds for disadvantaged children in Bolivia and elsewhere.

Myself and all the folks who work at Dharma continue to this day trying to keep Dharma a Fair, Honest and Straight Talking company.

It's been a long strange trip! 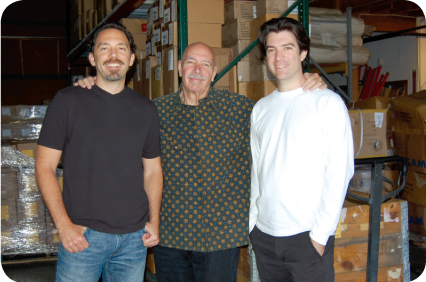 Dharma Trading Co. was started in 1969 by our father, Isaac, on the principle that it's possible to be involved in business while maintaining good ethical values. 50 years later, until his passing in 2021, he was still coming in each week to check in with me (David), my brother (Sampson), and the General Manager (Sharon), who have taken over daily management.

The company now employs a "family" of 60 to 70 folks, about half of whom have been with us more than 10 years, and some 20, 25, and 35 years. They take your orders, mix your dyes, and pick and pack your orders with care.

We continue each day trying to treat our customers, employees, and suppliers as we would like to be treated. We must be doing something right because we recently had our 50th anniversary as a company!

The owners and employees of Dharma are absolutely against the idea of unfair treatment of workers, forced labor, child labor, and anything that deprives a person of human dignity.

If we should become aware that anything we sell is produced under any of those conditions we would refuse to continue selling it. Moreover, we are actively involved in promoting fair trade clothing sewing in Bolivia and Indonesia. In Bolivia, the money goes straight to the workers, with no "middle man". In Indonesia, the workers have fair pay and quite good benefits. You can find the products from the cooperatives we support in those countries on our website.

We go further in that Dharma has provided free cataract surgery for the poor, eye exams and eyeglasses for school children and financially supports open heart surgeries for poor indigenous children in Bolivia.

That said, many of our products are produced in factories and workshops in places we have never been to and we have no idea what goes on there, especially the items we have to import from China. Our orders are not significant enough to allow us to demand proof that all is well with the workforce. We are in reality a small company without great "clout" and we can not afford to visit every supplier in every country.

What we CAN say now is that several of the BRAND name manufacturers whose apparel we carry, specifically Hanes, Fruit of the Loom, LAT Sportswear, Gildan and Bella/Canvas brands, are now only getting garments from W.R.A.P. Certified Factories. WRAP (Worldwide Responsible Accredited Production) is the world's largest facility certification program and while supported by the global apparel industry, it is totally independent.

WRAP is dedicated to ensuring lawful, humane and ethical manufacturing throughout the world. In order to receive certification for facilities, they are regularly audited and must comply with the 12 WRAP principles. These relate to areas such as workplace regulations, child labor, hours of work, health and safety, discrimination and security.

We have no reason to believe that any of our suppliers are abusing their workers.